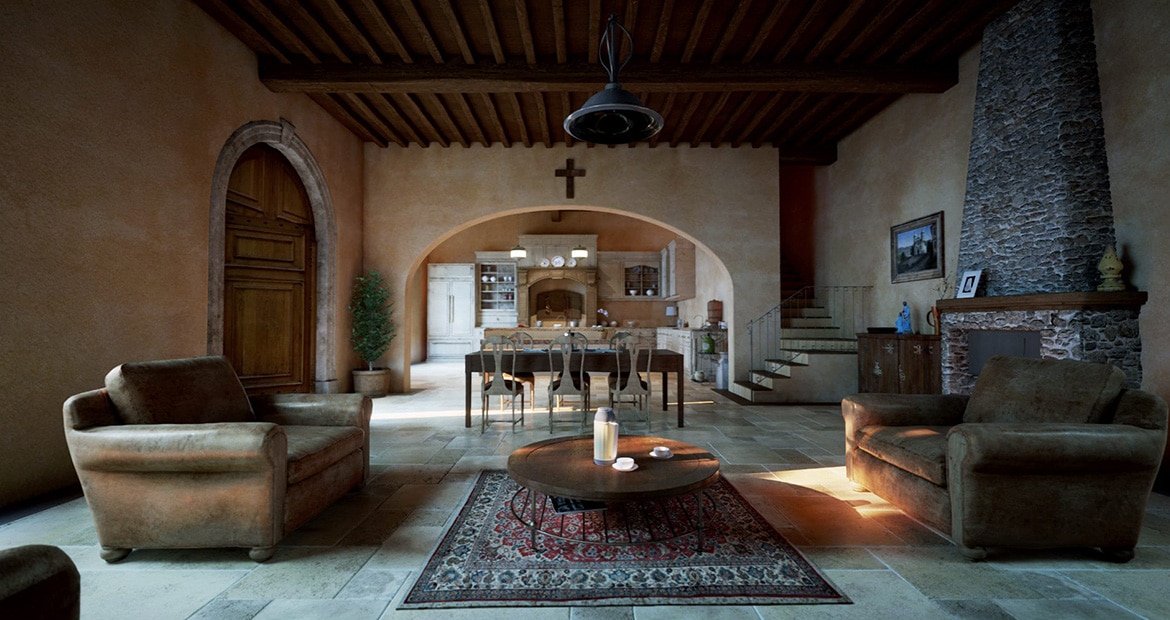 The Vineyard Challenge was made by Ronen Bekerman blog and for us was a real challenge. The biggest problem actually was the lack of time. We started in the middle of the contest and we had many projects in progress on UE4Arch – It was not possible for to finish within the schedule of the contest.

But the major goal of the project was to make an experimental work, where we could test the limits of UE4 and create a more artistic scene. The car is the main element of the scene and leads the tour through the vineyard to arrive at its final destination. I modeled this car a long time ago and only had the job of re-texturize it. I used Substance Painter to create the noise caused by the weather. Since the goal was to test the limits of UE4, some plants and trees were models that i created in 3DS Max – I just optimized them to export to UE4. But at this point I started to have some problems to compile the light with these models and then had to move to SpeedTree and also to model some new trees. The main Vines, I downloaded from the example provided by the competition.

The vegetation was very important for the composition of the scene, where for several times I hid empty seats and not modeled spaces with vegetation. For the pergola, used the 3dsmax Ivy Generator: I had already created a configuration for the bouganvilles. The lighting was a big problem and perhaps the most complex thing, because the models had many polygons and several times my computer crashed when it was compiling the light. Then had to create alternative solutions to reduce the number of polygons. On the road scene, the tall growing vines back are only plans with a rendered image of the foreground models. As the scene has a lot of movement, it is hard to realize that the objects behind are lowpoly models. The external illumination is a mix of static and dynamic lighting. Inside the house all lighting is static.
To achieve the result I wanted, I spent a long time optimizing BaseLightmass.ini.