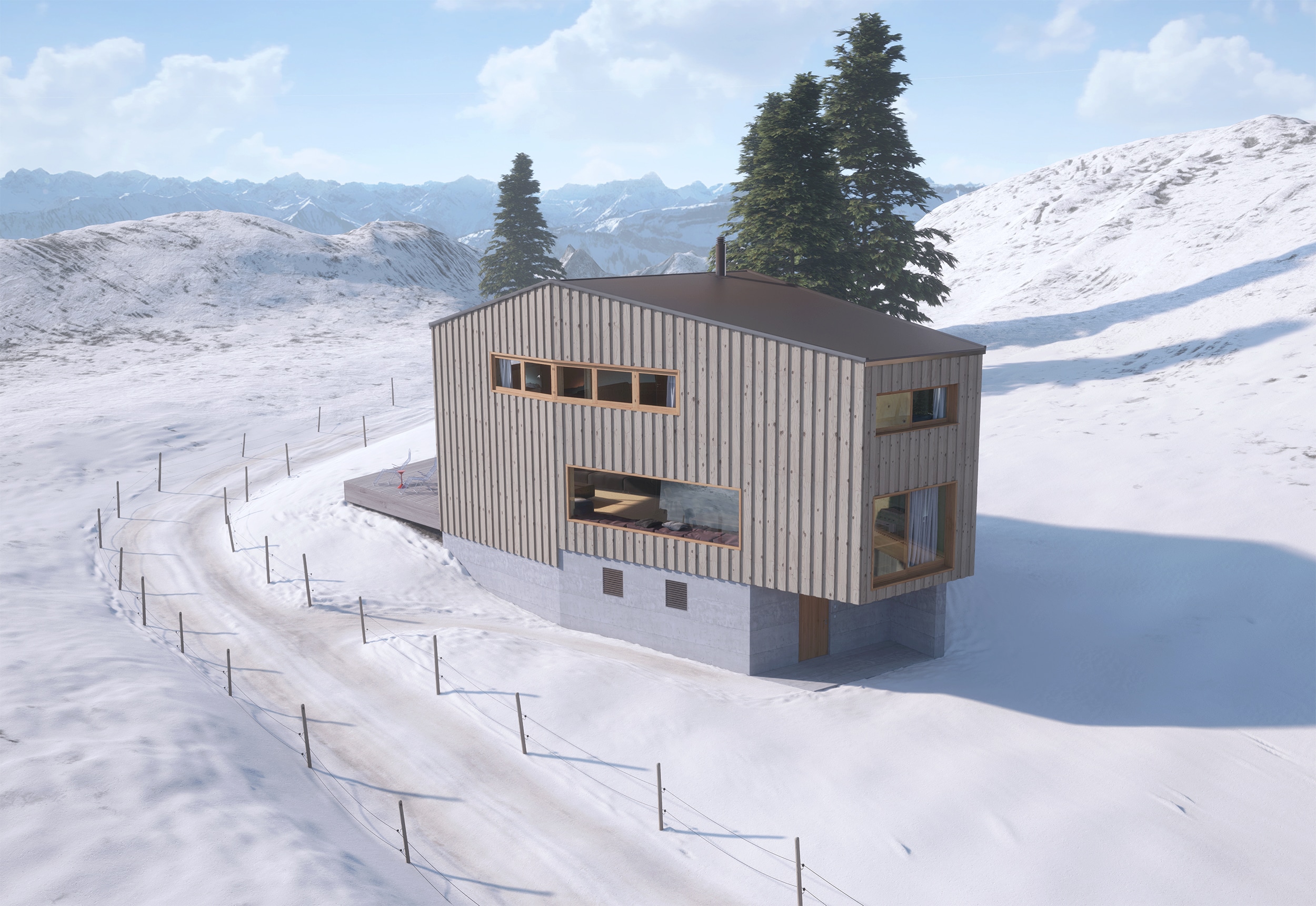 Hello guys, we’d like to present our new project Winter House. The architectural project was made by ANDREAS FUHRIMANN GABRIELLE HÄCHLER ARCHITEKTEN who kindly supplied us with details of the project.

This great project was already featured on Archdaily and many other architecture websites.

The project is called Holiday house on the Rigi Scheidegg. The Rigi is a mountain massif of the Alps, located in Central Switzerland and it’s a truly spectacular view. As described by the studio, the building was arranged on the periphery of the property so that the distance to the neighbouring houses was as large as posssible and so that the option of constructing another building could be left open. The concrete cellar anchors the building in the sloping terrain and houses the entrance area and the technical servicing, on top of which is the wooden volume of the building which appears something like a ship.

UE4Arch team has brought this project to the Virtual Reality so that more people could know and visit this wonderful and inspiring house. We tried to bring as much interaction and realism as possible with objects from this scene, especially by opening and closing the doors and windows of this house and bringing a bit of the feeling of being in a house on top of the mountain with a cold temperature.

Setting up the lightning was a real challenge: we needed to reach a great quality on both internal and external area and run it with 90FPS on VR devices (Oculus Rift and HTC Vive are supported). We also prepared a bonus static light scene with both day and night version. To accomplish this result we used Luoshuang’s GPULightmass with a faster and and more precise calculation. We also used the Nvidia Quadro P6000 which enabled us to work with textures in high resolution and was primordial in the lightning calculation. We used a hight density volumetric light map so the movable objects could me more realistic.

Also, a lot of work was needed to develop the interactions: our Virtual Reality Pawn is is based on the default VR Pawn template but upgraded for new interactions like dragging and hovering objects, teleport trough floors, etc. Our goal was to create easy-to-implement blueprints that can easily be migrated to other virtual reality projects. Some highlights of the project are: